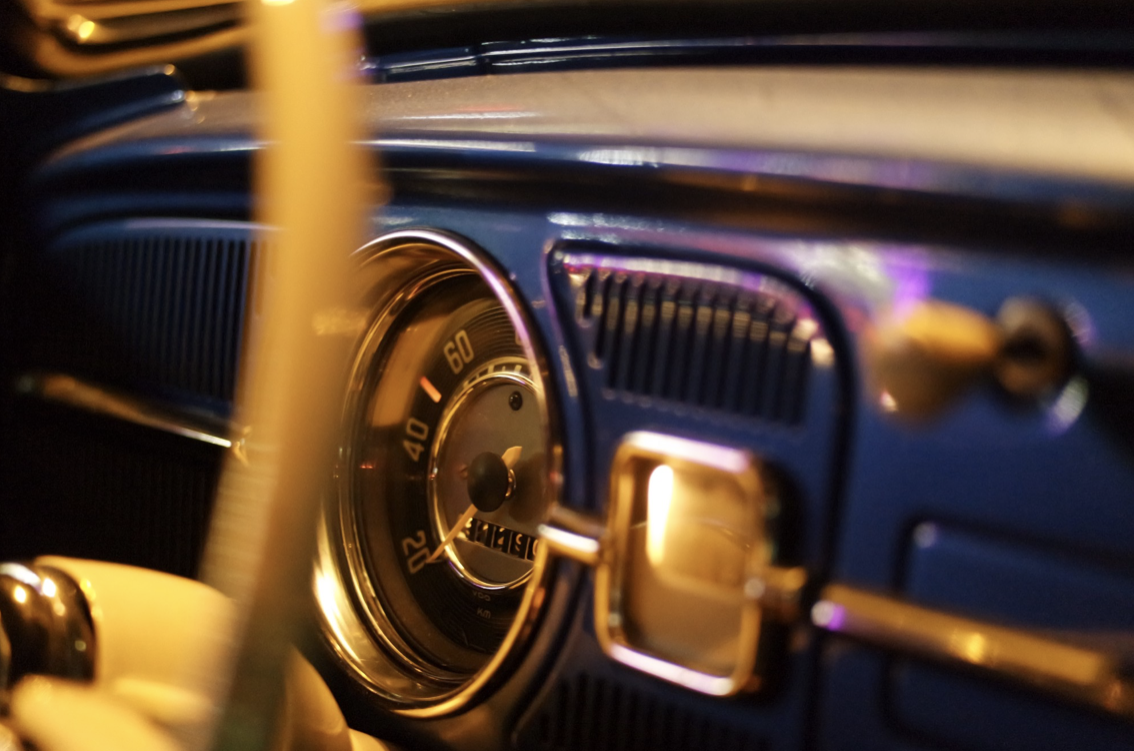 JavaScript closures are like a car’s functions — they come with various components that can be in various positions specific to that car.

Every function in JavaScript has a closure. And this is one of the coolest features of the JavaScript language. Because without closures, it would be hard to implement common structures like callbacks or event handlers.

You create a closure whenever you define a function. Then when you execute functions, their closures enable them to access data in their scopes.

It’s kind of like when a car is manufactured (defined) it comes with a few functions like start, accelerate, decelerate. These car functions get executed by the driver every time they operate the car. Closures for these functions come defined with the car itself and they close over variables they need to operate.

Let’s narrow this analogy to the accelerate function. The function definition happens when the car is manufactured:

Every time the driver presses the gas pedal, this functions gets executed. Note how this function needs access to a lot of variable to operate, including its own force variable. But more importantly, it needs variables outside of its scope that are controlled by other car functions. This is where the closure of the accelerate function (which we get with the car itself) comes in handy.

Closures are closely related to function scopes, so understanding how these scopes work will help you understanding closures. In short, the most important thing to understand about scopes is that when you execute a function, a private function scope is created and used for the process of executing that function.

Then these function scopes get nested when you execute functions from within functions (which you’ll do all the time).

A closure is created when you define a function — not when you execute it. Then, every time you execute that function, its already-defined closure gives it access to all the function scopes available around it. 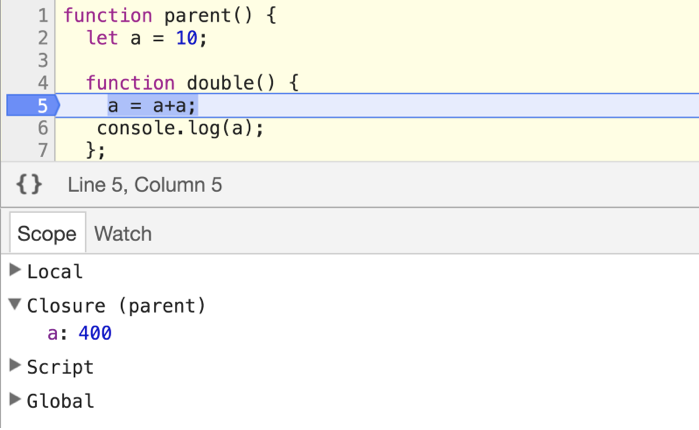 A closure as reported in Chrome devtools

To truly understand closures and the role they play in JavaScript, you first need to understand a few other simple concepts about JavaScript functions and their scopes.

Before we get started, note that I’ve also created an interactive lab for this, which you can work through here.

1. Functions are assigned by value reference

When you put a function in a variable like this:

You are assigning the variable func a reference to the function sayHello, not a copy. Here, func is simply an alias to sayHello. Anything you do on the alias you will actually be doing on the original function. For example:

The property answer was set directly on func and read using sayHello, which works.

You can also execute sayHello by executing the func alias:

2. Scopes have a lifetime

When you call a function, you create a scope during the execution of that function. Then that scope goes away.

When you call the function a second time, you create a new different scope during the second execution. Then this second scope goes away as well.

These two scopes that were created in the example above are different. The variable answer here is not shared between them at all.

Every function scope has a lifetime. They get created and they get discarded right away. The only exception to this fact is the global scope, which does not go away as long as the application is running.

When you define a function, a closure gets created

Unlike scopes, closures are created when you define a function, not when you execute it. Closures also don’t go away after you execute that function.

You can access the data in a closure long after a function is defined and after it gets executed as well.

Every time we execute functionB, we can access variables B, A, and G through its previously created closure. However, that closure does not give us a copy of these variables but rather a reference to them. So if, for example, the value of the variable A gets changed at some point after the closure of functionB is created, when we execute functionB after that, we’ll see the new value, not the old one. The second call to functionB prints 42, B, G because the value of variable A was changed to 42 and the closure gave us a reference to A, not a copy.

It’s common for closures to be confused with scopes, so let’s make sure not to do that.

In the simple example above, we have three functions and they all get defined and immediately invoked, so they all create scopes and closures.

The scope of function one() is its body. Its closure gives us access to both its scope and the global scope.

But the relation between scopes and closures is not always simple like this. Things become different when the defining and invoking of functions happen in different scopes. Let me explain that with an example:

What do you think the above example will print? The code is simple, f1() prints the value of v, which is 1 on the global scope, but we execute f1() inside of f2(), which has a different v that’s equal to 2. Then we execute f2().

This is very important to understand and remember.

Since closures give us references to variables in scopes, the access that they give us means both read and write, not just read.

Take a look at this example:

The inner() function here, when defined, creates a closure that gives us access to the variable a. We can read and modify that variable, and if we do modify it, we will be modifying the actual a variable in the outer() scope.

This code will print 43 because we used the inner() function closure to modify the outer() function variable.

Let’s now check your understanding of closures so far. Before you execute the following code, try to guess what it will print:

I hope you got that right and I hope these simple concepts will help you to truly understand the significant role function closures play in JavaScript.